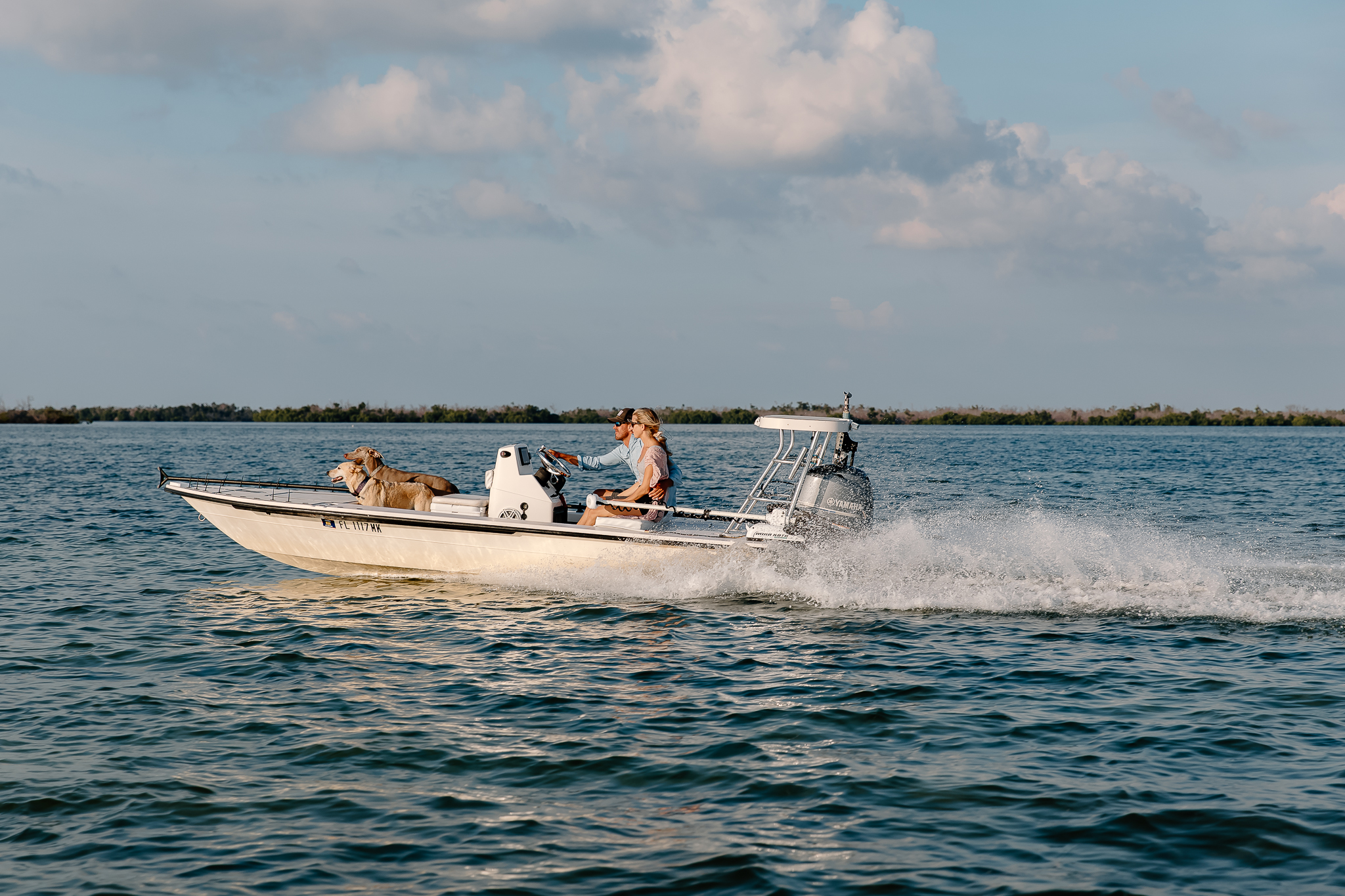 What started out as a kid with bobbers and worms on a small West Michigan lake has now turned into a full-time obsession, addiction, and way of life for Captain Gabe Nyblad. Growing up on a fruit farm in the small country town of Kent City MI, Gabe would sneak off to the rivers, lakes, and creeks to fish at any given chance. Throughout the later years of high school and all through college, Gabe spent the majority of his free time perfecting his fly-fishing skills on the rivers. Gabe attended Western Michigan University and graduated in 2006 with a degree in Business Sales and Marketing. While at Western, he was the president of the fishing club and organized the bi-annual Collegiate Steelhead Tournament, all of which fueled his addiction to fishing. Gabe’s saltwater experience started on Florida’s west coast during family vacations and continued with college spring breaks in the Florida Keys. After graduation, Gabe decided to hang up the suit and tie to follow his passion of fly fishing throughout the country.
Gabe’s curiosity and quest for big fish on fly led him to Alaska and the Florida Keys where he could fill in the Michigan off seasons and begin building a year-round professional fishing career. In the summer of 2007, Gabe started guiding at the Goodnews River Lodge in Western Alaska fishing for Pacific Salmon, Dolly’s, Rainbows, and Grayling. That winter Gabe moved to the Florida Keys to pursue his passion for chasing big fish and dial in the saltwater inshore and offshore programs in the Lower Keys. Gabe instantly fell in love with the incredible fishery and way of life in the Keys. With each year, his season in the Keys grew longer and he spent less time in Michigan and Alaska and eventually gave up Alaska guiding and planted his roots as a full time Lower Keys captain.
“It wasn’t that I originally planned or wanted to be a full-time guide and travel around the country like a nomadic fish-crazed gypsy, but somehow it just happened, and I love it. I’m happy as long as I’m on the water somewhere!”
Nowadays, Gabe guides year-round on the Flats of the Lower Keys. There isn’t much he enjoys more than being on the water and helping anglers fulfill their fishing dreams. Along with being able to see the fish, make the cast, and fight it to the boat, there are other aspects of flats fishing that are important for success. Gabe has spent countless hours on the diverse waters here, focusing on the little things that lead to success. Time has taught important lessons in reading tides, weather conditions, water temperatures, types of bait, seasons, etc. These critical details help to predict fish patterns and know when to be in which spot in order to give anglers the best possible opportunities at catching their targeted species. It’s a team sport that requires communication between guide and angler to make it all come together for the fish of a lifetime!
While Gabe focuses primarily on fly fishing on the flats, our other experienced and passionate guides utilize their expertise in other areas of fishing: the offshore game, catching dinner, deep dropping, exploring the reef, spin gear, light tackle, and just getting out there to bend the rod! Over the years, the demand for charters of all kinds has continued to grow and so has our team. There are many eager fishing guides in the Lower Keys, and we’re fortunate to have some of the best at Tail Chasin’ Charters. In fact, we operate as a family just as much as we do a business. Captains JT, Carson, and Chuck love being on the water, meeting and connecting with clients, and showing guests all that the Keys fishery has to offer. Gabe’s fiancé Lacey is in the office to handle the paperwork side of things, allowing our guides more time in their happy place on the water!